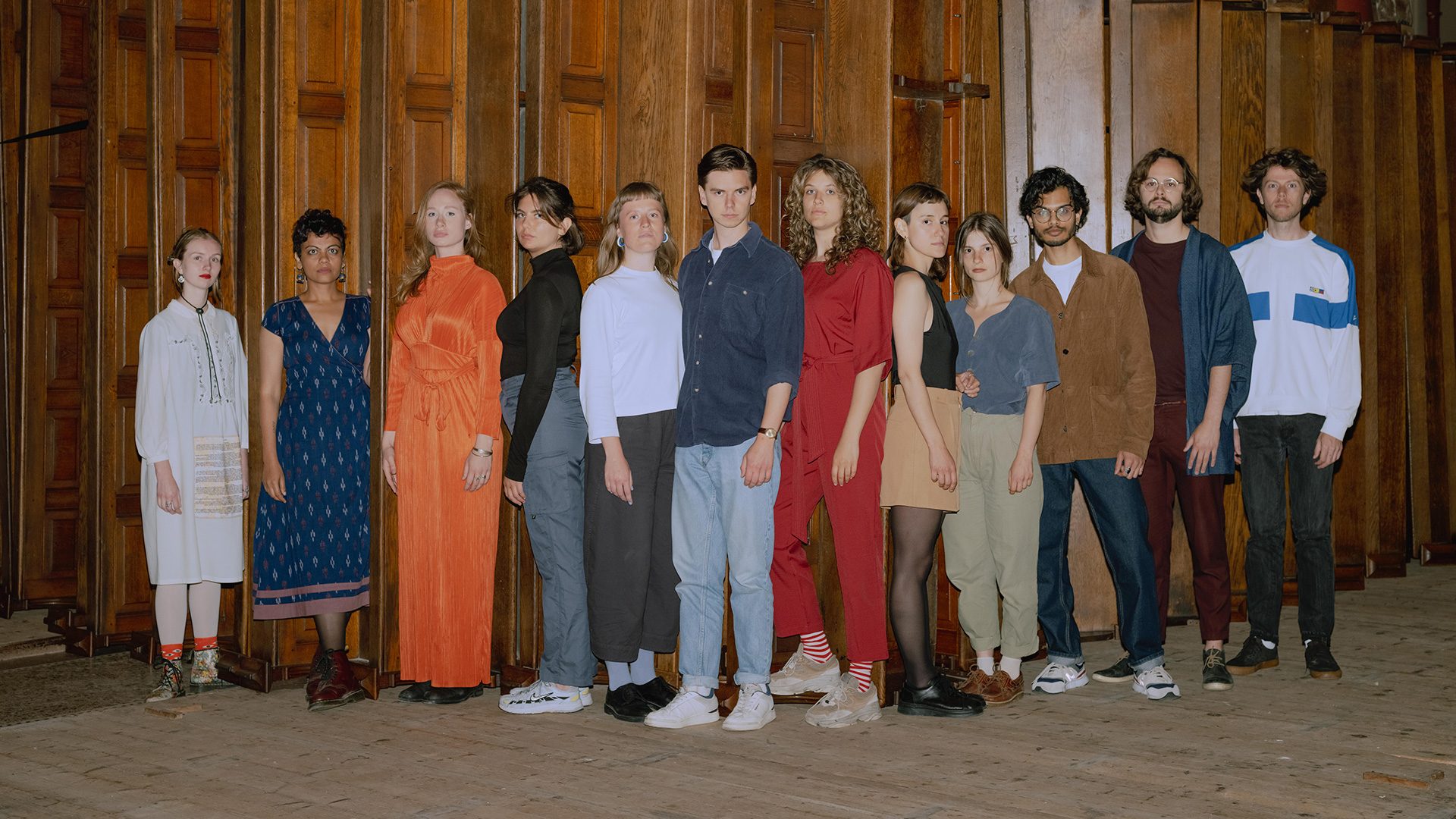 Here they are: the class of 2022 of the MA Programme Scenography, at HKU Theatre, in Utrecht.

Under the title ‘Exposure’, they are presenting their graduation work, like all the other HKU students. In this context, Exposure probably refers to presentation, display and exhibition. But also to being laid bare and made visible. Becoming part of the whole. Of the context.

Not an exhibition
This context means everything to the Scenography Master’s students. You see it already in the way their final research is presented at St Joseph’s Church, in Utrecht. It’s not an exhibition, and there are no individual objects or installations in the space. Instead, there are walks, talks and carefully designed experiences that enter into dialogue with the space in the church building. ‘We don’t exhibit; we share a process, which you can join in for a while.’

Dutch?
People often said, ‘what a Dutch class!’ Compared to previous years, there are indeed many Dutch students this year, even though it’s an international Master’s programme, which is given in English. But maybe that’s logical in these pandemic times. International students, from Chile and India, could only come to the Netherlands weeks or sometimes months after the start of their first year, and then they had to go into quarantine. They’ll never forget the sight of their Dutch classmates spontaneously coming to see them when they’d arrived, just to wave through the window and welcome them. ‘At last, we were all together.’

Fluid
The graduating students of the Master of Scenography at HKU Theatre form a sensitive group, who are generous and frank towards one another. Everyone brings along their own perspectives and their own life. ‘You’re never detached as a person from what you make. This was an insight we kept sharing with each other.’ Another insight was that the composition of the group was very fluid, as Master’s students are generally already at work in the professional field. Students joined projects and left them, but the mutual bonds remained intact. ‘That was really nice: we didn’t have to be a group – we chose to be a group.’

Diversity of perspectives
One driving force behind this Master of Scenography class of 2022 is diversity. Yes, diversity in origin, in cultural background, in the question of what ‘home’ means to you and where your memories are. But also diversity in discipline and professional roots. The Master’s students came to Utrecht from all corners of the artistic world: graphic design, fine arts, architecture, theatre, product design and art education. If there’s anything that typifies this class, they say, it’s how much they’ve learned from one another.

Everything has to work
Although they’re all very different, the Master of Scenography students at HKU Theatre also share many characteristics. One of those is the desire to keep exploring the borderline between fact and fiction. Others are their eye for detail, their hard graft and their indefatigable search for the point at which everything in a presentation works. That’s inevitable, as Scenography students are always in contact with their audience, and their communication with that audience is always important. These students are characterised by this sensitivity: a sensitivity to the onlooker, to the world and to the space around them.

Limits
The space in which they studied defined everything they did. First, their limits were the Zoom screens, and later they formed their own bubble in corona times; a little island in the former Pastoe Factory, in Utrecht. ‘You had lessons and then you went home again. You couldn’t do anything else. On the one hand, it was a shame, but on the other it made the time we spent together very intense. You didn’t waste any time, and important subjects were brought up for discussion straight away. We had a great deal of empathy for one another and looked after each other.’ Together, they formed a world and a life in miniature. ‘That was very special.’

This is the class of 2022 at HKU Theatre, MA Programme Scenography. 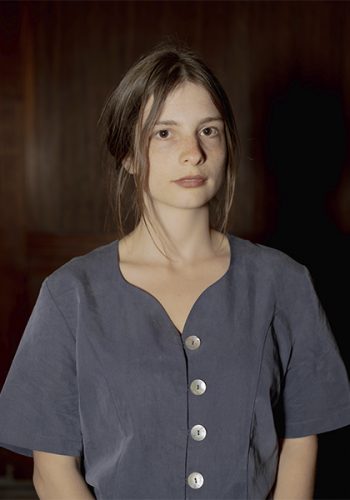 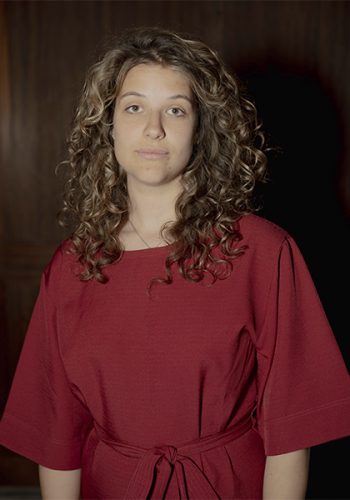 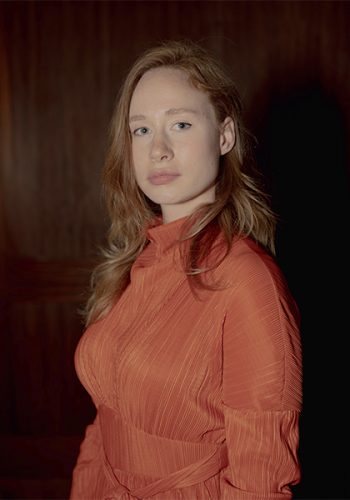 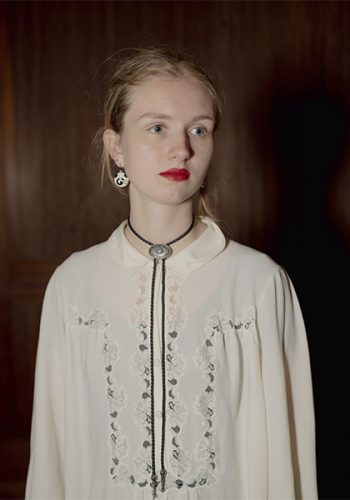 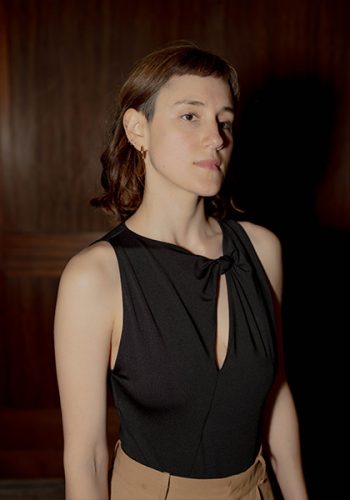 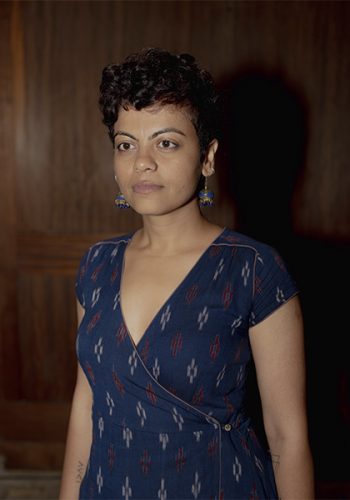 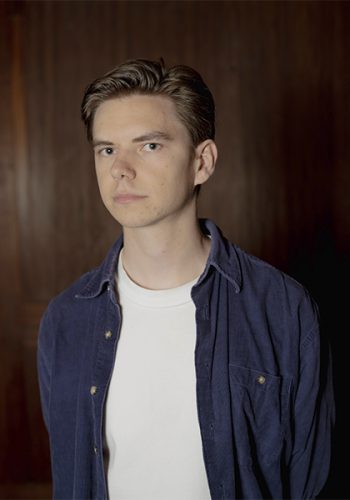 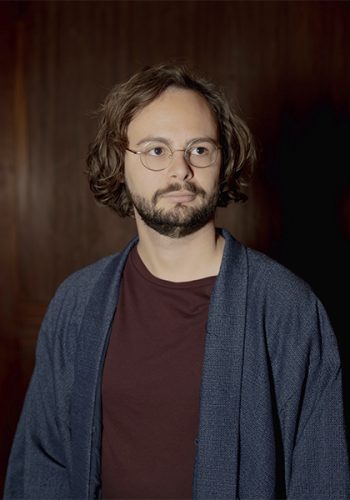 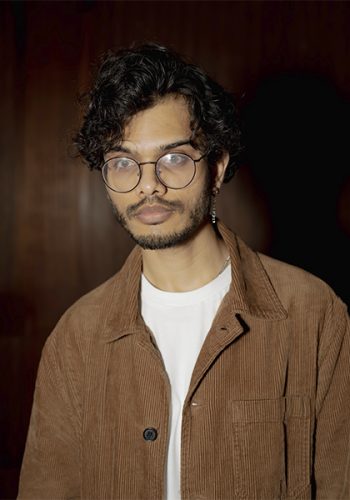 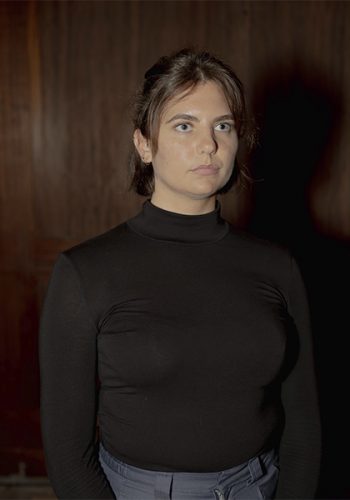 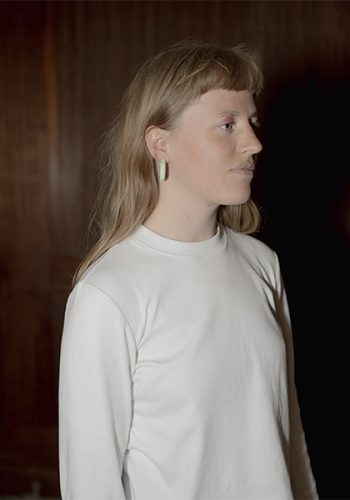